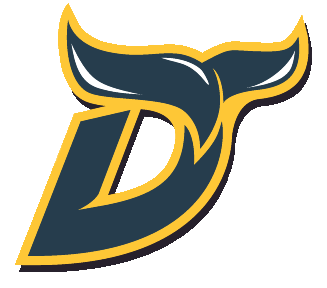 UPDATE ON TRAVEL TO NEW BRUNSWICK

Please see below message from Hockey Nova Scotia sent out this afternoon       Good afternoon everyone,   On the advice of Nova Scotia Chief Medical Officer of Health Dr. Robert Strang, Hockey Nova Scotia will continue to prohibit teams from travelling to communities in New Brunswick located in zones affected by circuit breaker measures.   As an update to our Oct. 7 communication regarding travel to New Brunswick, we wanted to let you know that the circuit breaker measures that have been in effect in some areas since Friday, Oct. 8 have been extended until at least Friday, Oct. 29. Please note these measures could be extended into November.   These areas include Zone 1 (Moncton region) as far north as and including Sainte-Anne-de-Kent and including Havelock in Zone 2; the northern portion of Zone 3 from and including Deerville and Florenceville-Bristol, but excluding Hayesville and Parker Ridge; and all of Zone 4 (Edmundston region).   Late last week, it was announced that Zone 5 (Campbellton region) will also enter a 14-day circuit breaker beginning on Friday, Oct. 22.   A detailed breakdown of the areas of New Brunswick impacted by these measures can be found by clicking here.   We expect that New Brunswick Public Health will provide more information later this week on their restrictions. We will provide an update if anything changes.   Thank you for all that you do.    Sincerely,   Amy Walsh Executive Director Hockey Nova Scotia   Arnie Farrell President Hockey Nova Scotia     Garreth MacDonald Communications & Special Events Director Hockey Nova Scotia   259 Commodore Drive Dartmouth, NS, B3B 0M1 902.454.9400   hockeynovascotia.ca

Four more days to buy a ticket! The winner currently wins almost $7000.00 Thank you for supporting the Whalers!! https://www.rafflebox.ca/raffle/whalers

Whalers 50/50 update We’ll soon be passing the $10,000 mark this weekend with one week of sales to go. The last chance to buy tickets will be midnight on Thursday, October 21st with the draw happening on Saturday the 23rd. Immediately following we will draw for a $100 Pro Hockey Life gift card. The money raised, not only goes to support player registration, but also towards Whalers programming and to help support the Mary Beth Chaulk fund. Let’s get the word out there and sell some tickets. Good luck everyone!